Walmart wanted a companion app that costumers could use at home or inside a Walmart to scan items and quickly find their price and availability on their selected store.

My Walmart would use Geolocation or ask for the users postal code to suggest the closest Walmart Store. That information would then be used to notify users of flash sales and display the latest Store Flyers.

At first I collaborated with Sylvia Wong, who created the user journey and kick started the internal sketching sessions where the whole team worked together to pinpoint the main obstacles of the app.

Following that, I became the sole designer and my task was to synthesize all the research and requirements that arose from those sessions, and then work directly with a Walmart Product Owner and developers to create all the interfaces needed.

One of our first challenges was to estimate the value of having two Walmart.ca apps that could eventually look really similar, possibly creating a confusion among users. The feedback from Walmart was that they wanted to test these new features on a standalone app first, and only then incorporate them into the main E-commerce App.

Our focus at this point was to create a seamlessly transition between both apps while maintaining a visual distinction between them.

We also found out that users had bad experiences with the main app scan feature, so we did quick prototypes to overhaul the whole experience, working closely with the development team to try to make it as fast as possible. 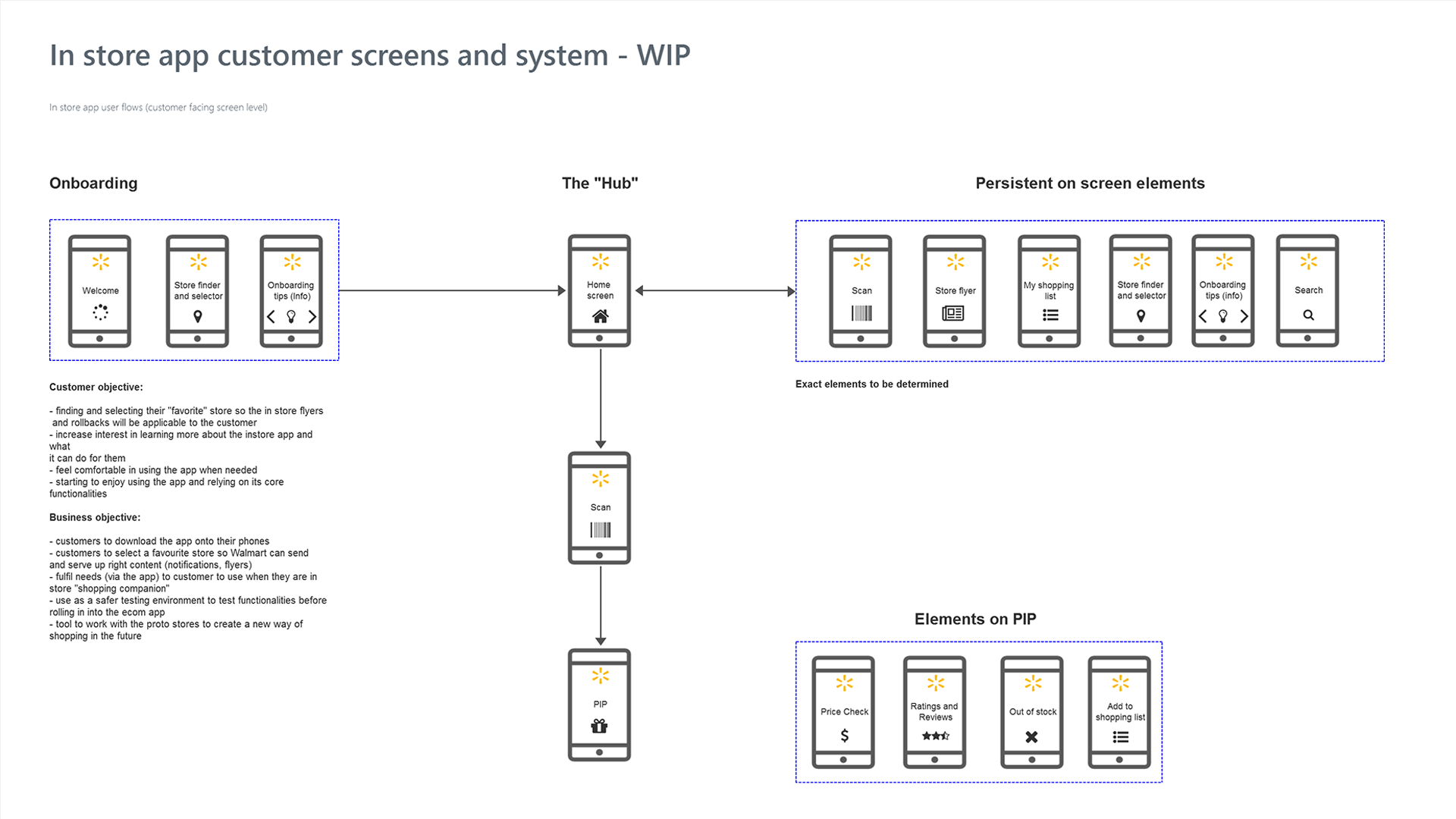 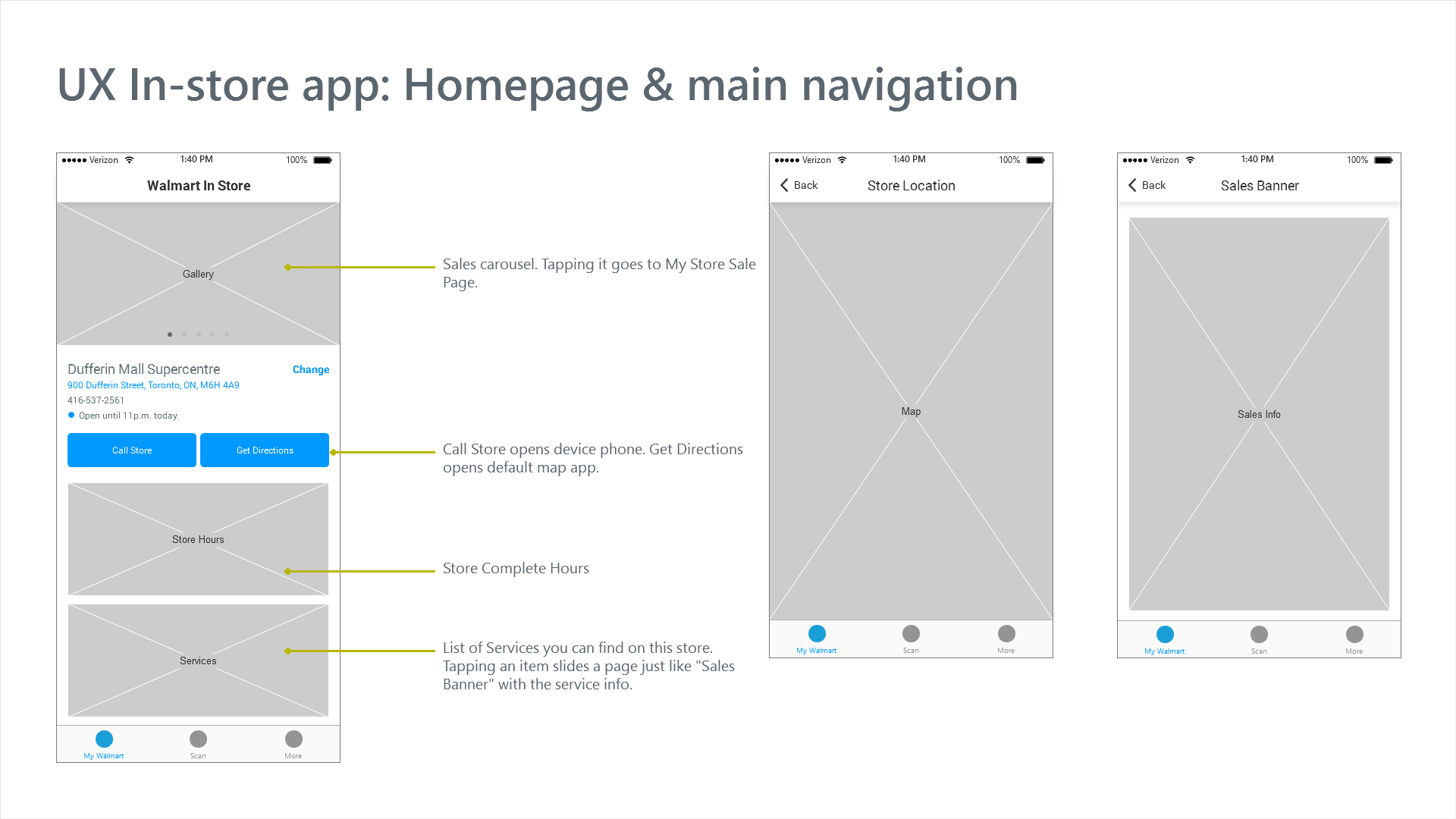 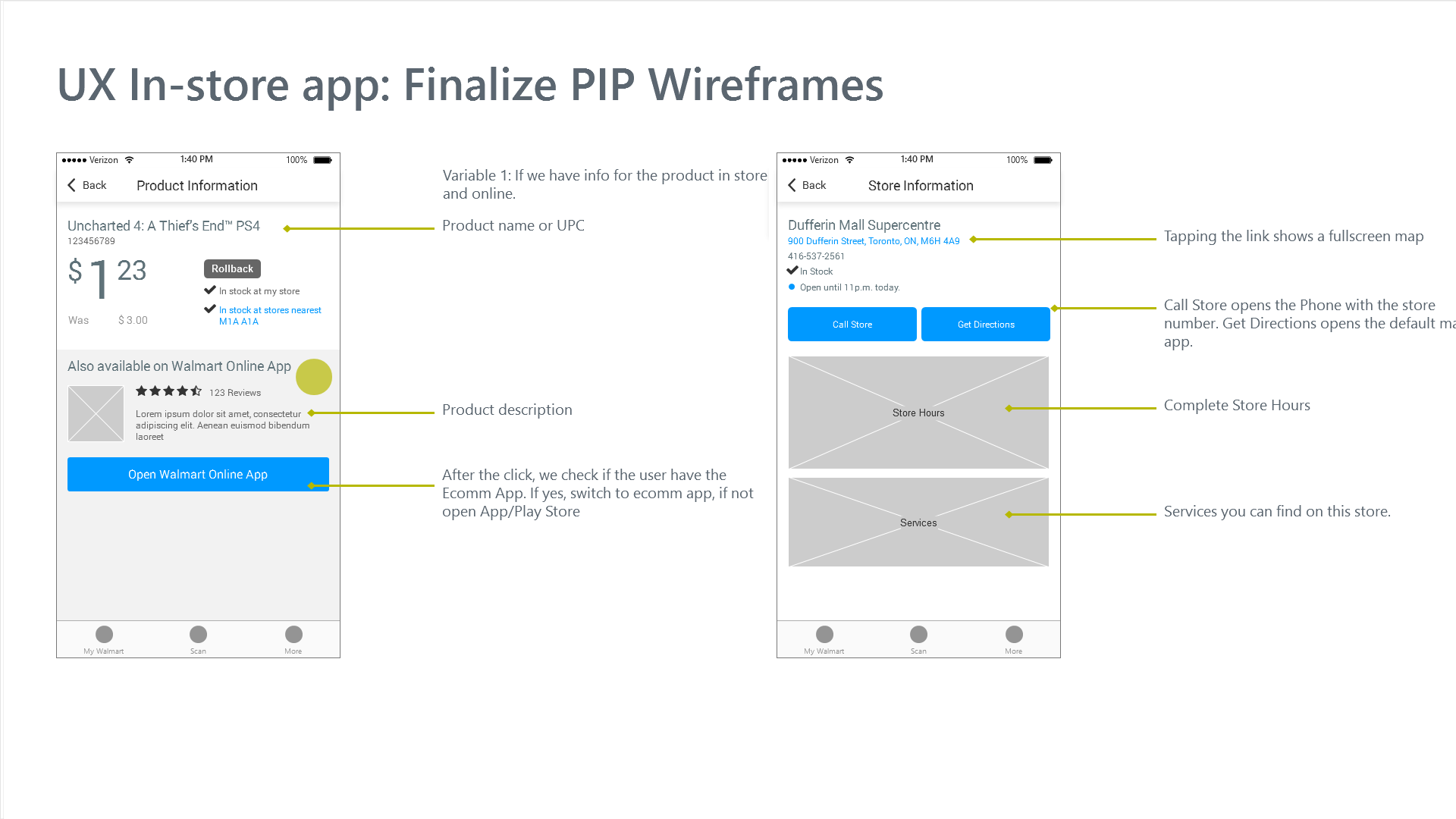 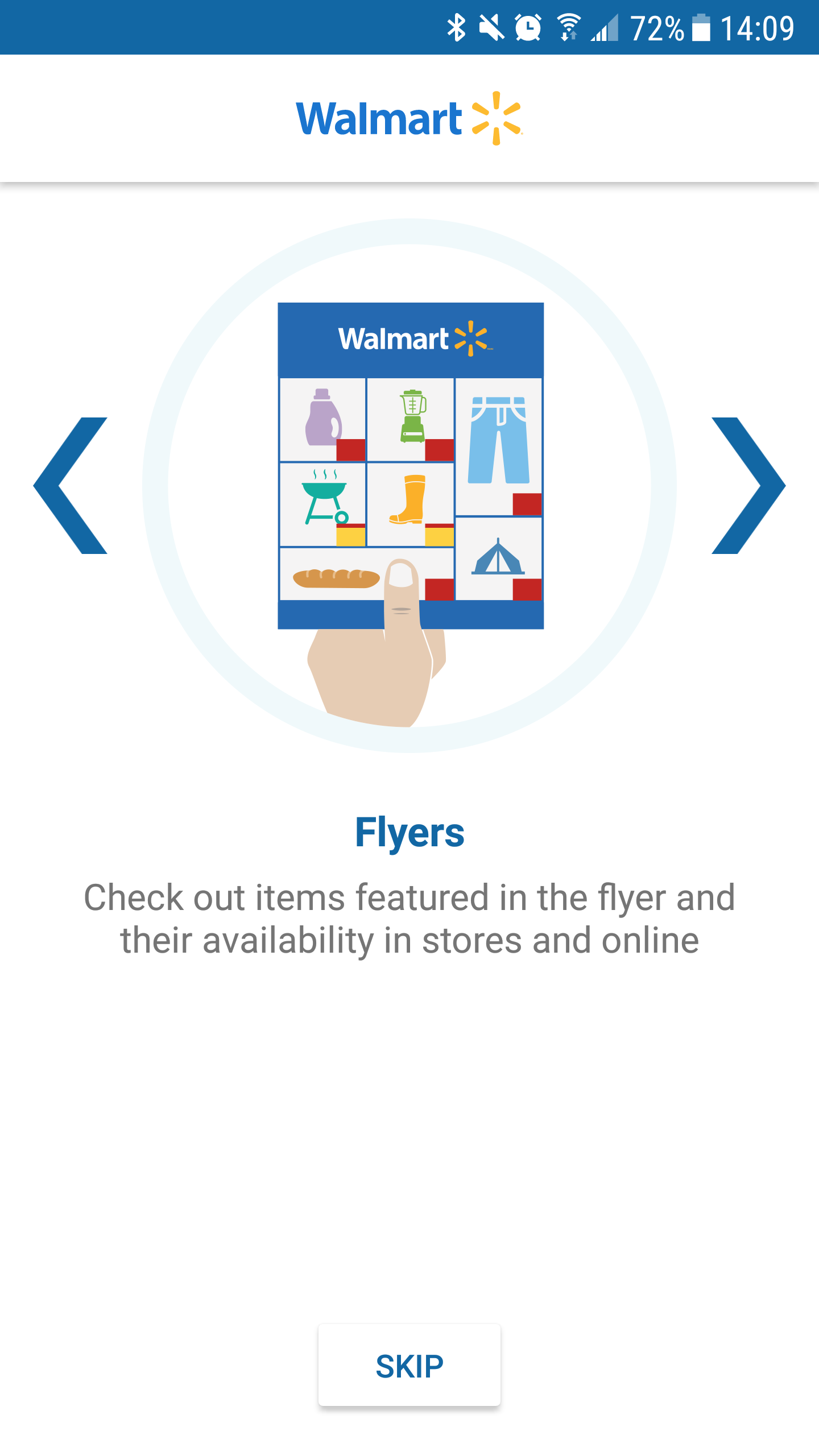 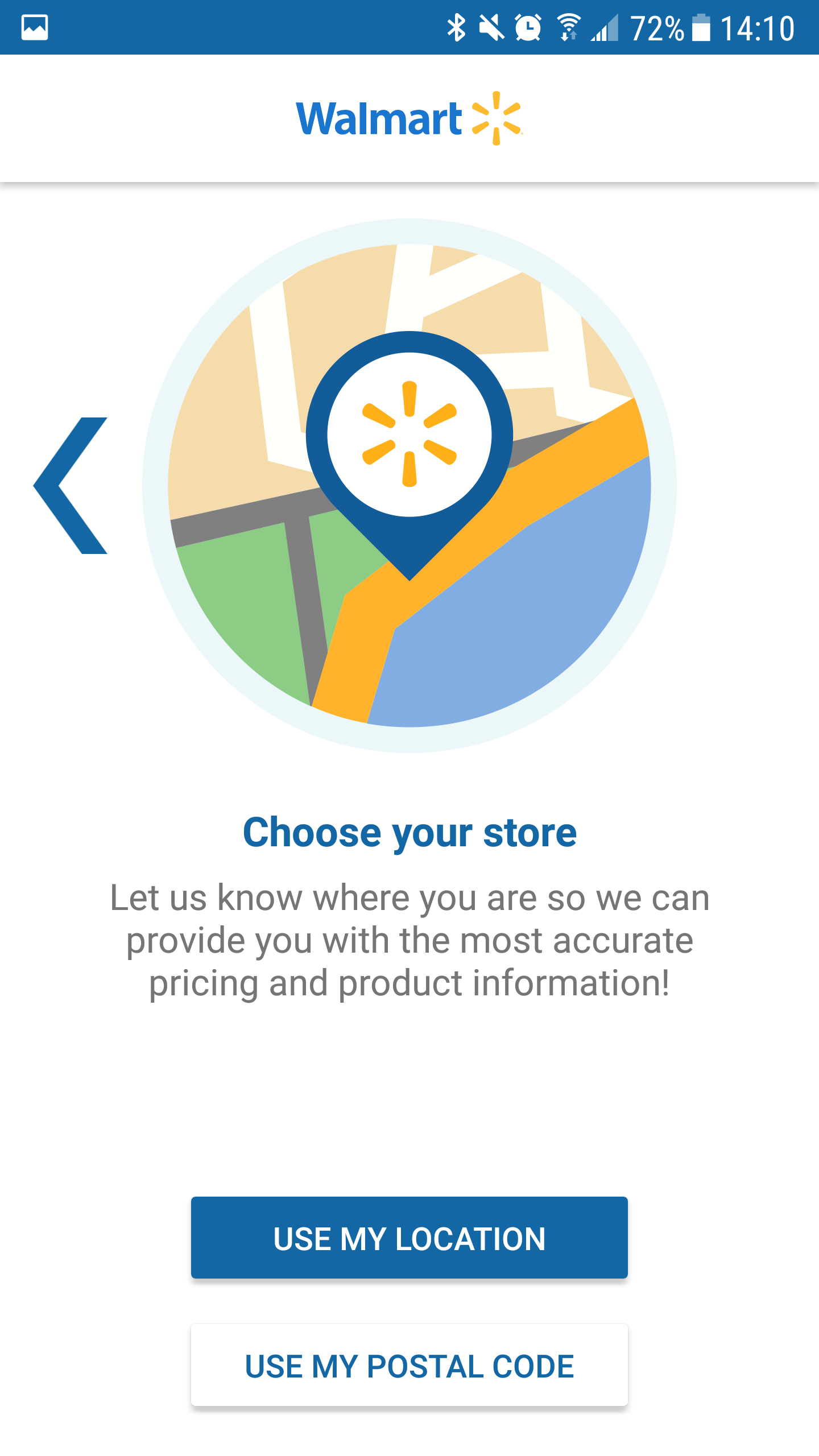 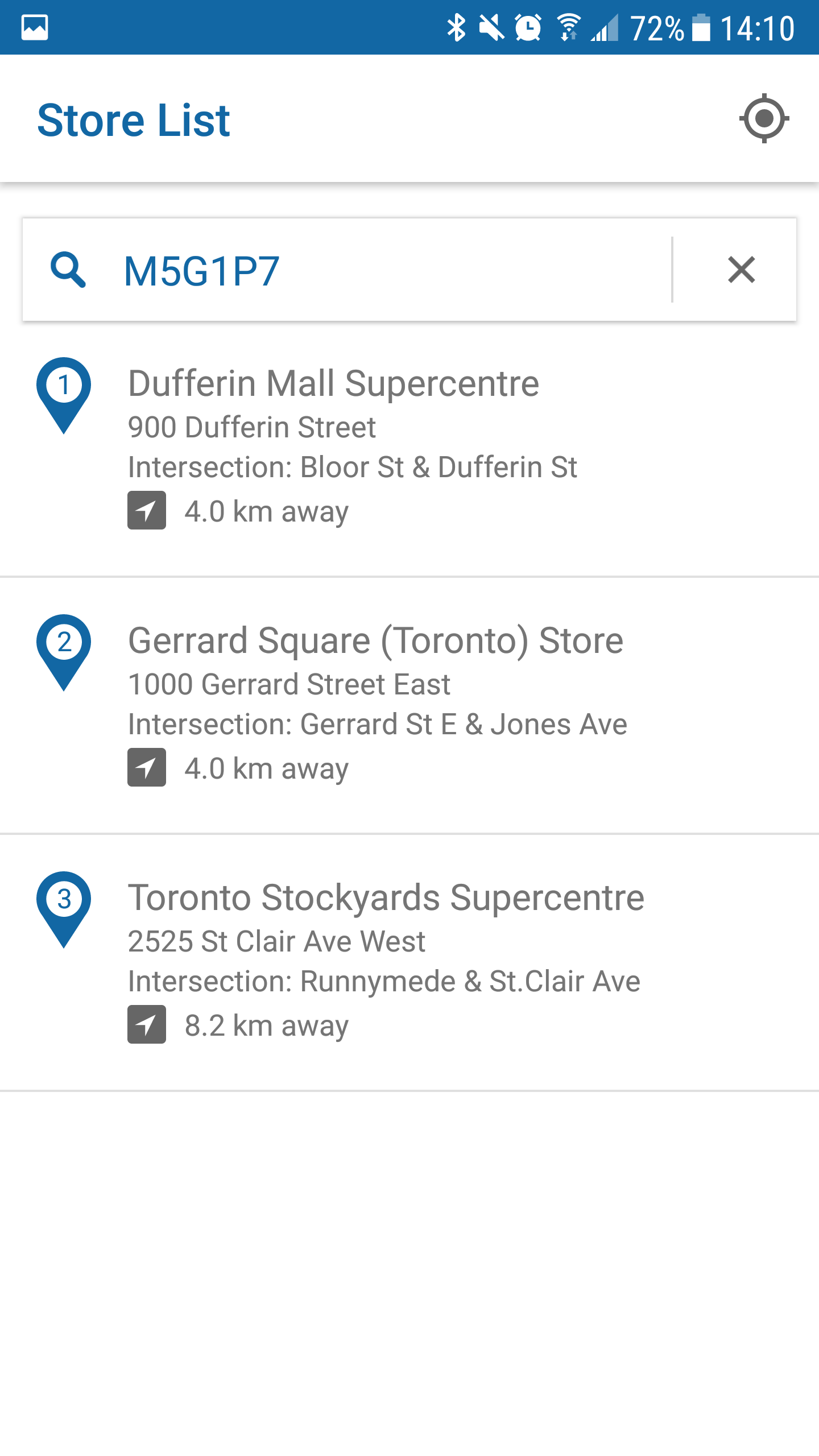 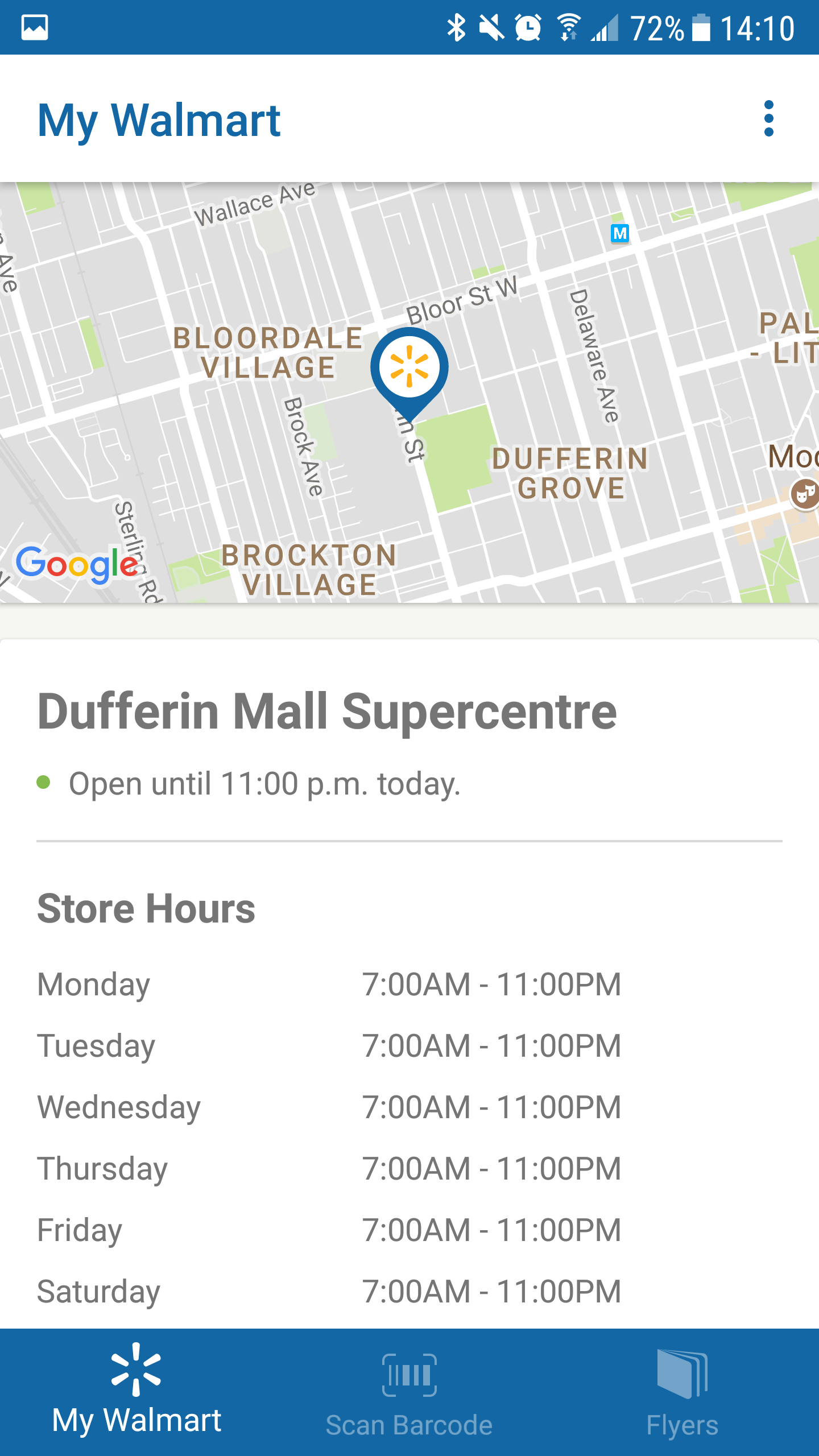 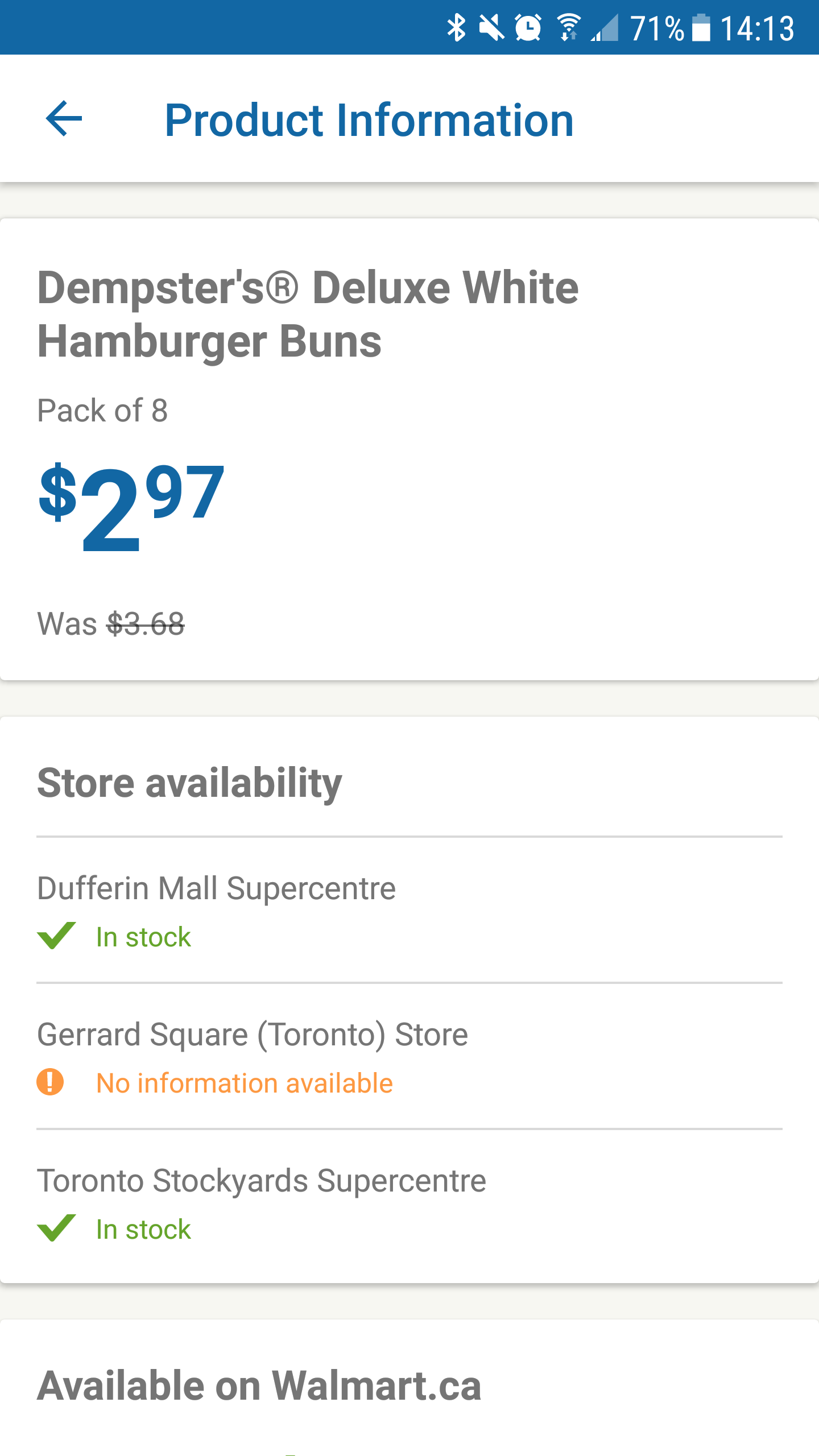